In Exile - what happened to one German Jewess 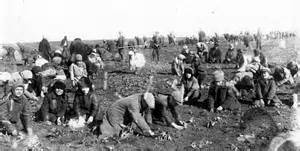 Clara Lehrs was able to secure accommodation in a private ghetto in Rexingen.
There had always been a large Jewish community in Rexingen.
In 1938, several Jews left from there for Palestine and established a community in what has now become Israel. This was the only successful group emigration from Germany during the Nazi time.
Rexingen is home to one of the largest Jewish cemeteries in Baden-Württemberg.
The Jews first arrived there in the sixteenth century. 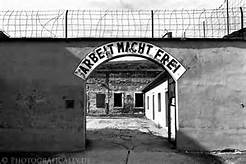 It was presented to the Red Cross as a model camp – it was made to look a bit like a holiday camp.
Clara was only in Theresienstadt for one month- August to September 1942.
15,000 children were educated in this camp despite schools being forbidden.
It was designed for 7,000 but 60,000 lived there.
The camp had a huge impact on the nearby town.
Many old people, including Clara, paid a lot of money for a nice location within their new home. They thought they were going to a spa. 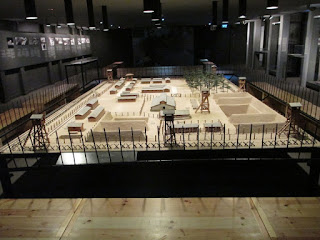 The construction firm Schonbrunn did not know at first what they were building.
Jewish people worked in the camps – those with red armbands undressed people and those with blue received them from the transports.
Old people, disabled people and other weak people were shot in the back.
When the gas chamber was constructed inmates were told it was a bath.
The incoming deportation trains generally consisted of 50-60 cattle wagons containing six to seven thousand people in total.

What do you understand by “ghetto”?
How might a “private” ghetto operate?
Which advantages might Rexingen have over a city centre ghetto?
How could you make camps like this seem pleasant?