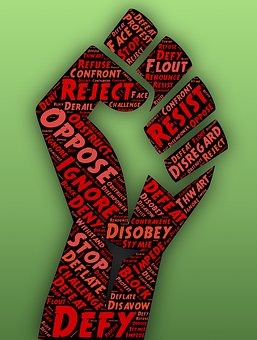 As you may have seen form an earlier post I have just finished reading a book that involved three British girls in some form of resistance and a fourth in map work. One girl was involved as a double agent spying on Nazi sympathisers in Britain, another worked directly with the French Resistance and a third was involved in SOE.

There is the Resistance, the French resistance of which we have probably all heard.

There was also the German resistance.  It actually existed as early as 1933. The Church resisted and some people associated with various churches also hid Jewish people. People such as these figure in the Schellberg novels. Attempts to assassinate Hitler were made in 1939 and 1943. And Käthe Edler may have also managed it if she’d thought quickly enough.  Students formed the White Rose Association from spring of 1942. They distributed flyers protesting about the Nazi regime. Jews themselves protested in the Rosenstrasse march in spring 1943. There is now a museum dedicated to this. You can read all about it here.

There is also a gentler form of resistance in that people didn’t quite comply.  Hans Edler always said “Heil Edler” instead of “Heil Hitler”. Renate’s teachers kept her safe for a while.  Several people kept Jews safe.  Again they figure in the Schellberg cycle.

How are we currently doing on resistance? What are we resisting? Personally I’m horrified at the attempted meddling with human rights.

Are there currently any Russian people resisting what is happening in the Ukraine?