Käthe Edler as a Refugee 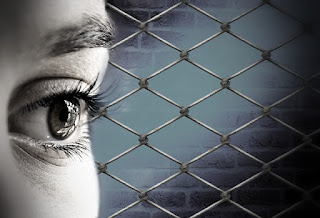 Jewish adults coming to the UK 1930s
There was a lot of unemployment in the UK - giving Jews work may have antagonised people and led to anti-Semitic feelings.
Käthe would have needed an exit visa form Germany and an entry visa for the UK.
She would have had to find a job to get the entry visa to the UK.


Käthe was lucky in that she managed to process all of the paper work and find work but:
She was separated from her daughter who was evacuated.
She had to live through the blitz in London.
Her husband was stuck in Germany.
She might be considered as an enemy by her neighbours.
Task Write a diary entry for Käthe


London during World War II
There were frequent air raids. People had to go to communal shelters, use shelters in their own homes or gardens or go down into the Underground.
Käthe survived the Blitz but a few of her belongings didn’t; the warehouse where they were stored was hit by an incendiary bomb.

Look at this description of the Blitz.
http://www.eyewitnesstohistory.com/blitz.htm

Pretend to be Käthe and write a letter to Renate about what it was like.

Enemy Aliens
Käthe was classed as an Enemy Alien class B. Normally as a German Jews  she  would have been C but he connection with Hans Edler, working on German defence  altered that.
She had to:
Report to the police every day
Keep away from munitions factories and the coast.
Be home by 10. p.m.

Käthe has accidentally broken one of the rules.  Imagine her conversation with a police officer.
You could even rehearse and present the conversation to your class mates.