Käthe Edler as a Woman 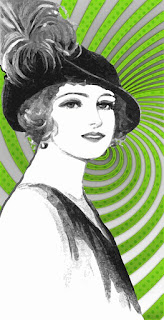 Childhood
Käthe had two brothers.  They were given toy cars and trains to play with.  Käthe would have been given dolls and would have been taught how to sew.
The boy would also wear practical clothes whereas the girls would wear fussy clothes that would make them used to becoming a woman.

Think about your upbringing to date. Were you given gender- specific toys? Was there anything you wanted to do that you were discouraged from doing?
Have we come on much from Käthe’s time?
Write three lists:
·         what it was like then
·         what it is like now
·         what we could do to improve even more


Teenager
The Great War aka World War I dominated Käthe’s teen years.  Her bother Leo went missing in action.
Many young women felt frustrated at not being able to help fight. They did, however, take on many of the jobs that men normally did but had to relinquish these posts when the men returned.

Pretend to be Käthe and write to Leo; he is missing but you are certain he is alive.  Tell him about a new job you have taken on to help the war effort.  You may have to do a little research to find out what it was like for young women working during the Great War.
Remember, Käthe often grumbled to and about her brothers. Will she still do that in this letter?

As a young woman
Käthe was a young woman in the 1920s.
This was also the time of the hyperinflation. Money lost value so rapidly that you had to spend it as soon as you got it.
Clothes shopping therefore could be very tricky.

Take a look at some fashions of the time. Note, that Käthe married a few days after our own King George VI and Elizabeth Bowes-Lyon.
Imagine Käthe writing to a friend about her wedding-dress. Give a full description – photos weren’t so easy in those days.  Remember to include some mention of the difficulty of paying for it because of the hyperinflation. You may need to research this a little.

As a wife and mother
In those days when a woman married she usually gave up work even if she wasn’t forced to legally.  Sometimes it was forced; for instance married women could not teach.  Käthe did give up work to be a full time housewife and mother.

These days it is more common for both parents to work.  What are the advantages and disadvantages of this? Make two lists. What is your own situation? Can you imagine how life would be different if it were otherwise?  Write a third list of how it might be different.