Käthe Edler as a Jewess 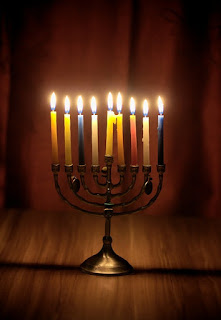 Jews in Berlin
In 1573 Jews were expelled from Berlin.

Why might Jews have been seen as a problem?

Why did Käthe’s mother and father decide to change religion?

You may find this interesting to read:  http://www.holocaustresearchproject.org/nazioccupation/berlin.html


Käthe would certainly have known some of the Jewish festivities such as Passover, Yom Kippur, Chanukah, Purim.

She may also have visited the Synagogue.

Find out what you can about these activities.

What would it have been like going to the Synagogue?

The Lehrs family (Käthe was called Lehrs until she married Hans Edler) were never that serious about their religion, either as Jews or later as Lutherans.

Imagine Käthe writing a letter to her friend about some of these festivities.

Race not religion
Käthe understood very well that she was Jewish by race rather than religion.  Her mother, Clara, never quite grasped this. Two laws were brought out on September 15, 1935. These really affected her family:

Reichsbürgergesetz  (law of the Reichs Citizen)

Find out what these two laws meant for Käthe and her daughter Renate.

Both Käthe and Renate managed to get to England. However, the second law also meant that Hans Edler had to divorce Käthe.

If you were Käthe how would you explain that to Renate?  Write a letter to explain.