The Children Karl Schubert Worked with 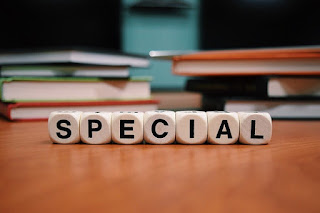 When the Special class was running, they still thought that Down's Syndrome, or Mongolism as it was known, was an ethnic "throw-back" We now know that it happens because of a missing chromosome.
Do you think life would have been better for the children in Karl's class if they had known about the true cause at the time?   Why or why not?
Even today, women who know they are carrying a Down's syndrome child can elect to abort. How does this compare with what the Nazis wanted to do?

Earlier people thought that epileptics were possessed by demons.
There are many types of seizures.
Epilepsy is characterized by a long-term risk of multiple seizures.
Sometimes the seizures are distressing to watch.
The same seizures are not labelled "epilepsy" if they are only temporary - perhaps after a head injury - or because of a tumour.
Medication can slow patients down or cause mood changes or drowsiness.

Why do you think the Nazis disliked epileptics?
Why did people think that epileptics were possessed by a demon?
Is there still prejudice about epileptics now?
Have you ever seen a seizure? What could you do to make it less disturbing?
Why do you think epileptics made up part of Karl's classes?
What would their special needs be at that time?

This disorder was formerly known as 'manic depression'.
The Steiner schools soon developed an aptitude for working well with bi-polar disorder but were better at working with students who were in the "depressive" phase.
It is particularly difficult to diagnose in children and often appears first in teenagers.
There are several medications but most have side-effects.