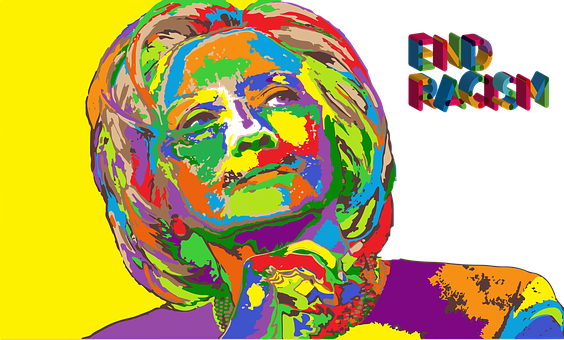 … don’t spring up overnight.   They fester below the surface and erupt.  Even the eruption may be a slow burn so that the victims don’t know what’s really happening until it has happened and there’s no going back.

Look at what happened in the UK after the referendum in 2016. There was a surge in racism. Many people who had been harbouring some very xenophobic feelings suddenly felt justified in showing those feelings and a particular was of doing that was to attack the people who they felt had no right to be in our country. These feelings didn’t come from nowhere. They’ve been there all the time.  At least now that they are out in the open we may be able to tackle them.

There is something here about work forces: first we lack a work force so we invite people form other counties to fill it.  We have enough labour but then suddenly too much and the native unemployed gain the perception that others are stealing their jobs. Many countries including Germany got around this by employing Gastarbeiter. – they never had the full rights of native citizens and would be required to return home once the work ran out. In the UK we welcomed workers from other Commonwealth countries – many now known as the Windrush generation. We were glad of the labour they supplied but less glad about their cultural otherness.

Jews appear in many countries, partly because until recently they did not have a homeland and in any case, not all of them would fit into Israel. The mistrust of Jews is subtle and ever-present. Why? Not all of them look different from Europeans and in most cases if they do it is because they choose to dress in a certain way. Some of the rituals may appear strange to gentiles but only a small percentage of the Jews who were murdered in the Holocaust were practising Jews. They supply to the culture in which they live some of the best doctors, lawyers, artists and scientists. There is of a perception that Jews are rich and careful with money. The propaganda story for children Der Giftpilz paints a fearsome picture of this race. If it is a race. An autopsy cannot identify a corpse as Jewish.

The UK agreed to help Jews persecuted by the Nazi regime. It provided homes for 10,000 Jewish children. Some adults managed to find employment here as well.  Why mainly children though? I’ve read the minutes of the committee that worked on this. One great fear was that because of the Depression anti-Semitism would rise up here as well. There would be a perception that Jews were stealing jobs. In any case, although the need for visas was scrapped for the children of the Kindertransport, they needed to get an exit visa form Germany and had to have £50.00 sponsorship (the equivalent of £3,000 today) to guarantee their return fare. It’s a huge figure. We know that most did not return but settled here or migrated to Israel. The Quakers were instrumental in getting the Kindertranpsort established and in setting up centres to receive the young people.  The men and women who accompanied the children had to return to Germany.  If they failed to do so, the German authorities would stop the transport.

There has been a subtle mistrust of Jews for centuries. Is it jealousy because of this perception that they are rich, that they get the better jobs and that they control finances? Is there some religious input into these feelings? Are gentiles jealous because the Bible tells us that they are God’s chosen people? Are Christians annoyed because they do not recognise Christ as the promised Messiah and in fact were instrumental in his death?

In the late nineteenth century laws were passed in Germany that gave the Jews equal status with German citizens.  This would counter anti-Semitism but was done mainly because Jews could make a very good contribution to the economy if they could fully integrate.  This was all reversed by the 1935 Nuremberg laws at time when the whole world, but Germany in particular, was suffering financially. .

It didn’t happen overnight, though the Kristallnacht (9-10 November 1938) is well-named.  Not only was it the night of the broken glass but also the night in which some Germans’ hatred of the Jews crystalized.

Otherwise it crept up slowly. Germany was down at heel after World War I. Some Jews flaunted their wealth and had some of the better jobs.  Some were astute business people. There the jealousy intensified.  The excuse might have been something to do with religion. In my novels Käthe sees only to easily what is coming whilst Clara thinks that this will surely all stop because human beings are decent. Renate is blissfully ignorant until a few weeks after the Kristllnacht.

·         The removal of professional jobs and businesses from Jews

·         The wearing of the yellow star and other restrictions.

We need to have a care. If we don’t master our feelings of xenophobia they can lead to murder. Better than merely mastering them is to change them for something else by educating the spirit.

The immigrants and the Jews who live amongst us contribute to our economy. In my books they should have full citizen rights including the right to vote in all elections. No taxation without representation. And we should make them welcome.