Survivor Guilt and Loss of Citizenship 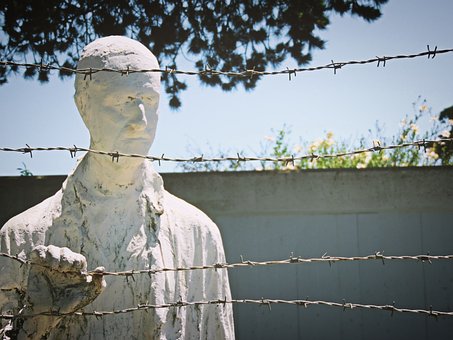 This is a reality for many of my parents’ generation who survived the Holocaust.  I’m reading an account now by the granddaughter of a Czech Jewess who survived via Denmark, Sweden and then eventually the US. For a while she had a visa form Denmark that allowed her re-entry only if she came back within six months. She married twice but was not completely happy in either marriage. This seems to be because of a lack of self-knowledge. She also asked herself whether she had survived because of some grand plan made by some deity or was it just completely random.

I’m also currently editing a book written by the child of two Polish Holocaust survivors. The mother became a champion of Holocaust educations. Her father seemed constantly puzzled by the work but he had a great sense of house.  Is that another form of survival?

A former colleague of mine, a similar age to Renate, left Vienna in 1938. She has this feeling of not belonging.  She is not as Jewish as those people who lost their lives in the Holocaust, she is no longer Austrian.  She never felt completely English and now she lives in New Zealand.

Much of The House on Schellberg Street is about Renate grappling with her identity. She isn’t Jewish. She doesn’t even know of her Jewish heritage until a few days before she comes to England. She feels at odds with the Jewish children with whom she travels. The Germans will not allow her to be German. It is awkward for her amongst her new English friends, especially when her mother trapped in London, and being threatened by Nazi bombs.

One thing we might note: there was no wearing of yellow stars for Danish Jews and there was little anti-Semitism amongst the Danes.  When Hitler and his crew finally caught up with the Jews living in Denmark, the Danes looked after their homes and gardens watered their houseplants, leaving everything ready for their return.

As I write this, my ideas for Helga’s story, book six in the cycle, are beginning to crystallize. She too will find as does Renate, my former colleague and the grandmother described in the book I’m currently reading that it doesn’t all stop with the liberation by the Allies. The malaise continues. This will be a major theme in this story.