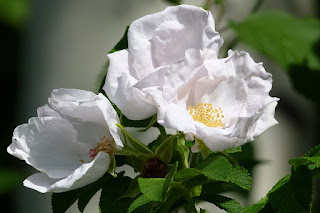 My research for this project has gradually broadened out to include a more general look at the 1940s, both during Word War II and after it, and in both the UK and on the continental mainland, especially in Germany.

Sadly, my father-in-law died suddenly in April and we have been involved in sorting out his house. Many more papers and photos to do with Renate have emerged.

One particularly interesting phot one is of her with her class mates in her final year at the Steiner school. The phot has a list of names so I may research those people a little more.

There are several phots of her when she was still at school and in her late teens early twenties when she first met my father –in-law.

The papers include her description of leaving Germany in January 1939 and about her birth. Naturally the latter comes from the story her mother had told her.

I feel another story coming on: I would like to explore what it was like for a young German Jewish woman, naturalised British, making a life for herself in the late 1940s in London. This one though I would completely fictionalise, even choosing different names for the main characters.

And so it goes on. So it seems I’m alternating writing SF for YA and historical fiction of this era. So be it.

Another two stories planned are:

Helga’s story: the story of another young Jewish woman living in Germany during World War II.

Gabriela’s story: the account of a German resistance worker who happens to be the aunt of one of the girls who joined the class letter.

Image by Brigitte makes custom works from your photos, thanks a lot from Pixabay