The nature of the bystander

My latest Schellberg novel is about the bystanders. There is nothing judgemental in it but it explores how this comes about. So let’s have a look at how this works out for the cast. 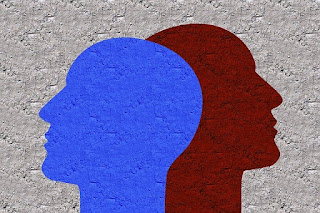 Anika has more of the narrative than the rest. She encounters a puzzling cruelty to Jews before she even joins the BDM. She cannot understand why anyone would be cruel to Herr and Frau Kohn who used to run the village sweetshop.  Her brother Fritz rejoices that he and his fellow Hitlerjugend companions find Herr Kohn dead in the local woods and assume that someone has killed him because he is Jewish. Later she becomes involved in producing satirical underground drama.  She is the first to realise later on that Renate is just Renate; being English, German or Jewish does not define her.

And is her Tante Gabriela a German resistance worker? She has walked uninvited on to the stage but cannot be ignored.  She is reserved for the seventh book.

Gerda and her husband decide to offer free holidays on their farm to Jewish children after the war. Is this from a sense of guilt? Yet there was only excitement when they are all but given the neighbouring farm that the authorities take off a Jewish family.

The twins Erika and Ilse seem blissfully unaware of anything untoward having happened. They are absorbed in running their father’s factory after his sudden death. They do their bit for the war effort: they produce spectacle frames and cases for the men at the front.

Their teacher, Hanna Braun, knows a lot but does not tell until it is really too late. Only after the war has ended does she tell the girls about Sister Kuna, who kept Renate and the other Jewish girl, Elfriede, safe, and about Father Maxfeld who hid to Jewish boys. Nevertheless, she quietly carries on refusing to teach the Nazi curriculum and she continues teaching what she thinks is right. She warns the girls about what they should and what they shouldn’t put in the letters. She resists meeting them until after the war has ended. She keeps herself safe but she keep them safe as well.

The girls are bought up with sense of duty and a delight in camaraderie. They were born in the years of the hyperinflation and that had an effect on how they and their families lived their lives – always wondering whether what they had would be taken away again soon. They lived through a debilitating Depression that was worse in Germany than elsewhere. Joining in BDM activities gave them hope – though I understate the latter. In this organisation they are introduced the Giftpilz – The Poisonous Mushroom – an anti-Semitic picture book- as well as much other propaganda. They are encouraged to tell tales about relatives who mix with Jews.

Life was very different for these girls from what it is like for young women today.  They were often prevented from reading newspapers by the menfolk.  There was no social media.  It was more difficult to access information and other opinions. They tended to just get on with the task in hand. They didn’t particularly do anything wrong. They didn’t or didn’t know how to put anything right.

Image by Gerd Altmann from Pixabay

Email ThisBlogThis!Share to TwitterShare to FacebookShare to Pinterest
Labels: bystanders