A comical figure and a serious boy 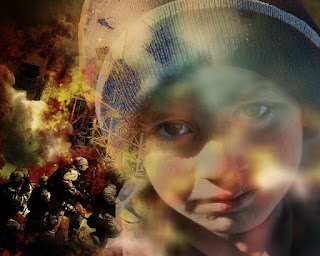 As it became clearer during World War II that the Germans were going to lose, the equivalent of dad’s army and the Hitler Youth were motivated to organise the defence.  I’ve included two characters who are involved with this. Onkel Heinrich, portrayed below, who is a bit of a comical character. Even this passage, thought ends on a more serious note, we are reminded that Heinrich has lost two of his sons to the war and that many German soldiers were killed by the cold in Russia.

“Erika could hear him already. She hung her coat up and took her briefcase into her room and then stood outside the lounge door without going in. She wanted to hear what he was saying. If she went in he might stop to greet her and irritating though he was there might be something important she needed to know.

Oh, yes Onkel Heinrich was on form. As usual he was spitting his words out. He almost sounded like Herr Hitler himself.

“I tell you, Liesel, Helga, we shall soon be overrun by those tall swaggering blond Americans. At least they are blond. But that means that they too are members of the Master Race and we shall have more difficulty in fighting them. And I suspect the stinking French will rise again and the pathetic little Englishmen will put their fists up and try to bite our ankles. We must fight them. Our young boys must gird up their loins. I too shall have to do my bit. I shall strive valiantly to fight even though I am suffering. Even you women folk must get your pots and pans at the ready and be prepared to hit the enemy on the head. They are coming and they are coming soon. For the sake of our dear boys we must resist. They must not have given their lives in vain.”

Erika had the urge to titter but then Ilse whimpered. She had gone quite pale. Erika shook her head. “That won’t happen,” she whispered. She hoped she was right and that Onkel Heinrich was wrong. Well, she’d just better stop him anyway. He was probably frightening Mutti and Tante Liesel as well. She pushed the door open and smiled as brightly as she dared.

“You uncle’s just telling us what’s going to happen in the invasion.” Mutti and Tante Liesel were sitting with their shoulders stooped. Mutti had her fists clenched tightly in her lap.

“And so what is going to happen, Onkel Heinrich?”

“We’re all going to have to fight them, even you my dear.”

“Surely it won’t come to that, will it? Aren’t there a lot of our soldiers still up in the north of France? Won’t they be able to keep them away?”

Onkel Heinrich shook his head. “So many of them were killed by that cruel Russian winter. So many of them.” His voice was quieter now and his eyes were glazed over. Was he going to cry? Had she gone too far?”

In another part of the novel I have invent Uwe, a very keen Hitler Youth member, who refuses to help on the farm where he is now living; he spends all of his spare time on bayonet practice on dummies hung form trees in the orchard. He has to be shown by three impaired professional German soldiers that he would not stand a chance against fit and healthy enemy soldiers.