Hardships other than war 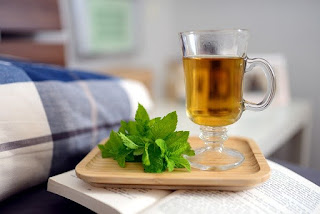 The Master Class and the Untermensch

The Holocaust is perhaps the most obvious threat aside from World War II itself in the era that is my setting in The Schellberg Cycle.  Obviously the persecution of the Jews is huge in this and isn’t just confined to this time. Where does that hatred and distrust come from? Is it necessarily religious? Or is it just part of general xenophobia? Is xenophobia a natural reaction and something we have to learn to overcome?  In this cycle of novels people who are different in another way figure largely: the irony of Clara Lehrs – a Jewess even if she didn’t regard herself as such – sheltering disabled children! The two girls who eventually rescued the special class were lesbians. Lesbians were more tolerated that male homosexuals in those days but were still considered not quite master class. Is that we persecute these “others” because we are afraid that we might be like them?

The young people in my novels were born at the time of the hyperinflation in Germany. They are probably too young to remember it but it will have affected family life and their parents’ attitude to money for a long time.

Because of the huge debts imposed upon Germany and because of the hyperinflation in the previous decade, the Depression was more acutely felt in Germany than in some other parts of the world.  Hitler’s regime offered some hope. Those smart BD uniforms made the girls feel special.  Yes they were forced to attend the groups but probably did so very willingly.

Although antibiotics were discovered in the 1920s and could be used in the treatment of TB, they weren’t’ widely available until the 1940s. Penicillin was developed as an anti-biotic in 1941. TB was an infectious disease. One of the extra characters I‘ve introduced as the result of Edit 1 of The Round Robin died at the end of the 1920s as a result of TB. He is sent to a sanatorium. In sanatoriums patients were made comfortable with lots of fresh air and sunshine, lots of bed rest and clean airy buildings. There was concern about keeping rooms minimalist so that trinkets and papers would not harbour the germs. Once a patient had died or been hospitalised their rooms were given something similar to the modern day “deep clean”.

Image by congerdesign from Pixabay
Posted by Gill James at 04:13