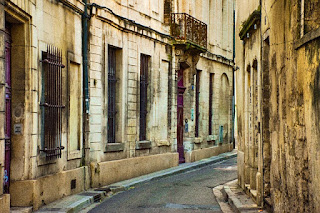 I’m getting towards the end of 1943 and the beginning of 1944 in the fourth book of the Schellberg Cycle. There are now several deaths. The theatres have been closed in Germany but an underground movement is putting on satirical plays. I’m about to get to the bit where some of the girls are forced to eat rotten potatoes. The twins are managing their father’s factory and have lost a supply chain – another factory is bombed out and its owner is killed. The cities are desolate and deserted.

A kind of Dunkirk spirit reigns. Those with homes intact have taken in those who have been made homeless by the war. Perhaps we need to remember that we don’t have the monopoly on that spirit. Have you seen the Italian guy conducting a sing-song from his balcony? Or the Spanish fitness instructor leading a class form the roof of his apartment block? Or the Spanish applauding the medical staff?

There is a dark side of course and there was then. Some profited from the distress of others then and some will be doing that right now.

Ironically I’ve been invited to Stuttgart by the Stolperstein people. They would like me to read from The House on Schellberg Street and / or Clara’s Story. They have (or had) an event running from 18 March until 24 June. Fat chance, I think. But we may be able to run some sort of online event.

Image by RD LH from Pixabay
Posted by Gill James at 05:02