Schellberg 5 The Round Robin 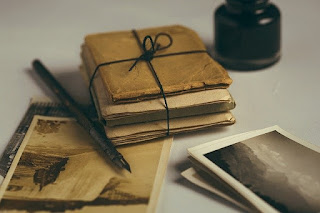 I’m now writing another book in the Schellberg Cycle. This goes back to the original class letter and I’m expanding on some of the stories behind the letters. So, I’m in 1940s’ Germany again.

To do this I’ve gone back to the letters included in The House on Schellberg Street. There’s an interesting story here, too. My editor suggested shortening some of the letters and leaving some out altogether. I think he was right. However, one reader asked where all the others were; he’d noticed an oddity in the sequencing. That is one of the reasons I’ve included “deleted scenes” on this web site.  Find them here.

Each letter from these individuals is turning into two or three chapters.

I anticipate the book being about 80,000 words. I’m working on other projects as well but every day I work on this one I’m writing about 1,000 words.
Posted by Gill James at 03:51

Email ThisBlogThis!Share to TwitterShare to FacebookShare to Pinterest
Labels: deleted scenes, round robin, The Class Letter