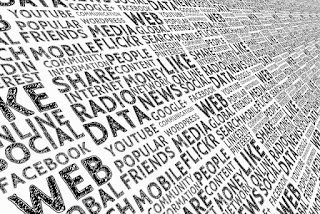 Some curious things happened in the early 1930s in Germany. The Enabling Act gave Hitler more power than he deserved. He could enforce laws without the approval of the Reichstag. The German people, powerless after losing the Great War, had also suffered hyperinflation and a depression more severe than it was in the rest of the world, welcomed a dictator who promised to make Germany great again.

Some curious things happened in the UK in the late twenty teens.  The UK government tried to enact an article without presenting it to Parliament, prorogued Parliament at a time when crucial discussions were needed and ignored the fact that over 50% of people voted in an election for parties who wanted to give them a final say on one other most important political decisions ever taken. Years of austerity, ironically imposed by the very party for whom a majority voted in that curious general election, enticed the people to look for a golden ticket which was interpreted as breaking down an alliance that had worked successfully for over forty years.

I saw parallels immediately between the two situations. I thought that was because I was in the world of the 1940s as I was working intensely on this project.

Oh, and by the way, here’s another one. Both leaders were seen as charismatic buffoons at first.
Gradually though, other people were making the same comparisons.

And how do I know this? Social media!

Of course one is still hesitant to say what one thinks in public. You can never be sure who you’re talking to. But the chances are if you put an opinion out there on social media you will find like-minded people. We still have freedom of speech.  Okay, you also find a heap of fake news and a few trolls. But at least you can assure yourself that you are not alone.

Compare that with the experience of the people I’m writing about in my Schellberg Cycle. They had newspapers, post cards, letters, telegrams and the wireless. On the whole only the men read the newspapers. The wireless tended to toe the party line - unless you picked up a foreign broadcast and risked severe punishment, or even death. You had to be careful what you put in postcards and letters.  Hanna Braun reminds the girls of this quite subtly in the class letter.  “do go into the details of what happens in your daily lives (p232) . She later suggests that when an exercise book was full and every girl had seen it they should burn it (261).

It is so easy these days with social media to sign a petition or set up an action group. That would have been pretty impossible in Nazi Germany. With the help of social media it’s happened before the powers that be realise it and without the need for civil disobedience.

Image by Gerd Altmann from Pixabay
Posted by Gill James at 01:13