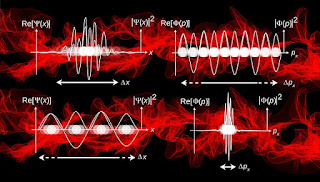 Käthe would have worked with some well-known physicists:
Max Planck
Planck was a tutor at the university when Käthe was there.
He invented quantum theory.
He also in vented “Planck’s Constant” which relates frequency to energy quanta.

Albert Einstein
Einstein was a visiting professor at the university whilst Käthe was there.  He influenced Planck a lot.
He developed the theory of relativity.
He developed the laws of the photoelectric effect.
He discovered quantum mechanics which Planck alter developed.
How do Einstein’s and Planck’s discoveries and theories affect us today?

Women at the university
Women were allowed to attend lectures but not take exams or do experiments. Käthe was studying at a time when women did not have the vote.  Once a woman married she was expected to give up work and become a house wife and mother.
It is different for female scientists to day. Look for example at :
Suzanne Cory, Ingrid Daubechies, Nina Marković   Lene Hau, Dominique Langevin , Hanna von Hoerner , Jocelyn Bell Burnell
Imagine a conversation between Käthe and one of these other ladies.
Include:
·         The science they were interested in
·         What it was like studying
·         How they combined – or didn’t  - home life and work
Posted by Gill James at 01:22