What led you to writing your fiction set in World War II?

Although like a lot of people, I’ve always had a vague interest in the French Resistance, it was not something I ever had a burning desire to write about until I was on holiday in the Dordogne and was in the market square in Bergerac. I found the inscriptions on the war monument very moving and thought – well now there’s a story in there somewhere.
The early morning sunlight flickered from behind the high clouds and reflected golden and crisp from the monument in Bergerac’s market square. Around me, shoppers bustled and in the roadway a car beeped its horn. The grey stone pillar rose fifteen feet above me, its shadow pointing away towards the elm trees that line the roadway. A smell of garlic wafted as I read those brave words that showed the strength of the French and France’s indomitable leaders. The monument was a reminder of the valour and sacrifice of those brave local partisans who gave up their lives in the struggle against the occupying Nazi forces all those years ago.
Yes, it is moving. Surely there’s a story here.
In my head a story began to form. What would it have been like to have to make the choices needed to protect oneself and one’s family yet still remain French? The main character would need to do something admirable. He would need to depart from the norm. If you became a partisan you would endanger the people nearest you. What if you were caught? 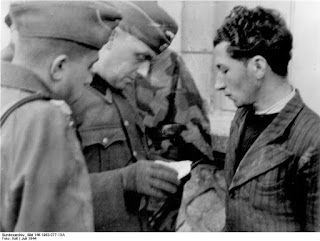 I began to think of how it would be to be the one who is rounding up the local Jewish people. Would you hate it? Of course you would, even if you were forced to it for fear of endangering your family. For a religious man it would be even harder. Surely one would do anything to avoid such ‘duties’ if you had a conscience?
The story began to form. A Vichy French policeman, a man of conscience, a family man working with evil Nazis whom he secretly hated. I created Auguste Ran, a good policeman, but in essence weak, until a certain event tips him over the edge and slowly he begins to fight back.
That’s where THE CYCLIST came from and it was my springboard for the other books in my French resistance series. Each takes a character and makes life hard for them, allowing them to become. In the end, THE CYCLIST sold 30,000 copies. It was Editor’s choice in the Historical Novel Review in 2011. 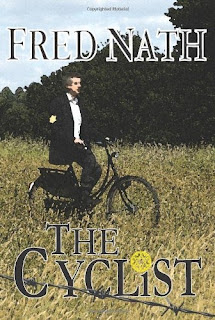 You can catch all six books on Amazon: a policeman, a teacher, an artist, a chef, a philosopher and in THE PROMISE a medical student.
THE PROMISE is the last and most recent of the series. Jean Valois, a medical student before the war, swears to his sister he will protect her. But in war, who can keep such promises? Trained to kill by SOE, in a desperate bid to save his sister Rebecca, he undertakes a mission deep into enemy-occupied Poland, risking all for the sake of a promise made long ago. A story of love, war, hatred and revenge, THE PROMISE tells a tale of courage and staunchness.

Why is this era so important to so many people?

Important may not be the right word. I think many people understand and empathise with what the French put up with during the occupation. It takes little imagination to see how those terrible time wove a fabric of anger and resistance. In the second book (Farewell Bergerac) one of the characters says in relation to a child he had seen painting out a German slogan: ‘That child is what the resistance is all about. Each of us must do what we can do. No one expects you to become a soldier. What use would a fat innkeeper be against the Hun? Not fighting, but resistance in every way, subtle or obvious, it doesn’t matter. Resist, object and show it, then die.’ I think that particular sentiment is applicable to many countries and many people who feel oppressed. It creates a kind of kinship with the past which in our minds we interpolate with our present. 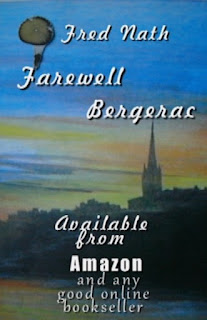 Did you have to do much research?

One can do too much research and end up with a history instead of a story. I tend to write picturing the scenes and the action and when I need to make the picture in my head vivid enough to relate, I look up details which give the feel of the time. So, I guess I do much of the research as I go along. 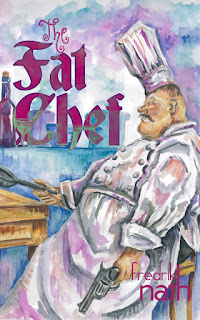 Which is your favourite book about this era – either one of your own or one by someone else?

My favourite book that I have had published is Francesca Pascal. It’s written from the perspective of a woman who is an artist and describes how she believes in her country and seeks revenge in her way against the Nazis. I’ve lived with and loved women all my life, but have no understanding of them, so writing from a woman’s POV was daunting to say the least.

Could you give us a two line summary of that book?

When Francesca’s daughter is killed by the German invaders, she vows to obtain vengeance in any way she can. She discovers that vengeance is no source of closure and there are better things in life with which to become obsessed.