The Children’s War by Juliet Gardiner

I found this book totally fascinating, though it’s an awkward book to read in bed.  It is a heavy and wide hardback.

It is actually the official companion to the Imperial war Museum Exhibition of the same name.  There is an interesting blog post about the exhibition here.

I have of course researched this era extensively but I was pleased to be reminded of some things I’d forgotten, be assured about some things that I still know and even to find out a few things I’d not known.

This isn’t a scholarly work but I did buy the book because another academic mentioned it. It is however extremely well researched and gives a lot of factual information.  There are masses of illustrations and also photographs taken at the time. Many of the illustrations are adverts and posters.  When I used the facsimile War Papers for my research I found the advertisements very informative.  They gave much insight as to what life was like back then. The same was true for the illustrations here.

The other academic who recommended the book did say that many of the first hand accounts were less reliable as the story-tellers had had too much time to rationalise their experience.   Yes I’ll admit that is normally the case but I actually found it less so here.  The first-hand accounts and the realia gave very similar information.

Very interesting was a discussion about the General Election just after the war when Churchill was ousted in favour of a Labour government. The Beveridge report in 1942 had promised ‘security to all “from the cradle to the grave” from the ravages of sickness or unemployment’ (200). There was an attack on ‘Want, Disease, Ignorance, Squalor and Idleness’ (201).

This is a book I shall dip into time and time again. An absorbing and very easy read.
Posted by Gill James at 02:11 No comments:

This was classed in my local library as a family saga. There is quite a bit of romance and in fact brother, Spitfire pilot, and sister WAAF working in intelligence, end up working on the same air base.

Jessica Blair is actually Bill Spence, born 1923. He worked in the RAF as a bomb aimer doing thirty-six operational flights in Lancasters of 44 (Rhodesia) Squadron Bomber Command. After the war he was sent to Rhodesia by the RAF. No wonder, then, that the descriptions of flying Lancasters sound convincing.

Less flattering reviews on Amazon cite a lack of character development and too much technical information. I dispute the former and would say that the latter suits our purposes very well indeed. I gave a four star review on both Amazon and Good Reads.

It lost a star because of unrealistic dialogue and because I spotted a few things the proof-reader didn’t. Neither of these two points detracts from it being a useful resource in the form of an easy read for anyone interested in what the Schellberg Cycle discusses. It gives us considerable insight into what working for the RAF was like, as part of the crew of a Lancaster or Spitfire and as young WAAF officer.

It makes us think again about these young men - on both sides of the World War II - who were asked to put their lives at risk because of a dispute between nations.  The story however does not give a German point of view thought the British bombers take pride in being very accurate with their targets and thereby presumably do not harm too many civilians.
Posted by Gill James at 04:10 No comments: 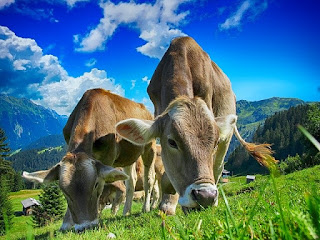 Some of the jobs that the girls in the Schellberg cycle had:

The girls continued to feel a strong sense of duty but also enjoyed being with the other girls.  In some roles they worked with other young women but in other roles, such as Hani’s, they were more on their own.  Pretend to be the person who wrote the letter above. Tell the other members of the group why you have a sense of duty and how much you enjoy or miss mixing with other girls.

After the war is over

The war ends. The men come home. They take back their work. Write a small sketch in which you argue that you should be allowed to keep your job.
Then write a letter to one of your friends about what you think of this.

Some points to ponder:
·         Hani went straight from school to being a house-keeper.
·         She had to learn to cook.  The Gődde’s maid taught her how to cook.
·         She also had to clean and do laundry. Remember they didn’t have dishwashers or washing machines then.  And she was used to having a maid to do all of that work at home.
·         She would also work in the garden.
Hani keeps a journal. She wants to remember everything so that she can share it with her friends later.  Write an entry for her journal. She probably won’t mention the special class in case someone finds her journal.
Posted by Gill James at 04:17 No comments: 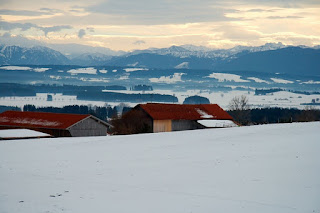 Girls were excused RAD if:
·         They found a job that was the equivalent of the RAD.  This is what Hani did in becoming the housekeeper at Schellberg Street.
·         They had attended a school that taught domestic duties such as the Piloty School in Nuremberg. They would only have to six months RAD instead of a year. At this school they learnt the art of scrubbing floors.
·         They had to take over the role of a father or brother who lost their life in the war. Twin sisters in The House on Schellberg Street had to take over their father’s business when he died suddenly.
Imagine you have one of the reasons for not completing RAD. Write a formal letter to the RAD bureau explaining why you think you should be exempt. Outline exactly what you have been doing.
Posted by Gill James at 04:53 No comments: 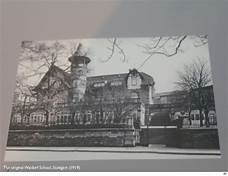 The First Waldorf School in Stuttgart

T      This opened 1919
·         By 1924 it had twelve year groups
·         The children of workers at the Waldorf-Astoria Cigarette Company came in response to the initiative of founders Emil and Berta Molt.
·         When Hani joined the school in 1931 it had several classes in each year group.
·         Steiner wanted the school to be in the direction of independence of the economic, governmental and cultural realms.
Discuss with other in your groups why such a school needed to exist in those days in Germany and why Hani’s parents wanted her to join it. Report your conclusion to the rest of your class.

Educational principles in the Waldorf School

Steiner insisted on the following for his schools:
1.      The school should be open to all children;
2.      It should be coeducational;
3.      It should that it be a unified twelve-year school;
4.      The teachers, those individuals actually in contact with the children, should have primary control over the pedagogy of the school, with a minimum of interference from the state or from economic sources.
Discuss in your groups how this compares with your school. Are the differences important? You may need some help with number 4.  Talk to your teachers.

The Waldorf school day is divided up into three main parts: head, heart, and hands. The Head lesson is also referred to as the Main Lesson and is done first thing in the morning. After a break, the Heart subjects follow. Heart subjects include drawing and painting, drama, foreign languages, music, and so on. The afternoon is reserved for Hands. This is PE, dance, handwork (knitting, woodworking, etc.), gardening, and other physical activities.

Were your primary school days like this? Can you rearrange your present school timetable according to this? Does it fit?  What are the advantages and disadvantages of this?